No matter how advanced we get, we are always rooted in our cultures which hence bring us joy and happiness in the future. The same is in the case of Hindu marriages where just like the older generations, people perform the marriage only after a satisfying Vedic tradition of horoscope matching. Kundali matching for marriage is very considered essential for every household. The horoscope which is otherwise known as the birth chart plays a very vital and elegant role in the terms of finding suitable compatibility of an individual.

Ashtakoota vs Dashakoot holds two different meanings where the former means matching the Kundli with a total of 36 points whereas in the latter there are a total number of ten factors that need to be compatible and hence should be taken into consideration. 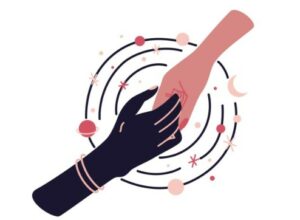 Ideal points to be matched for a perfect marriage

For an ideal marriage, a minimum of 18 points out of the 36 points should match. If it is less than 18 then the marriage between both the involved individuals tends to be unsuccessful. A good match is considered when the 25 to 32 aspects are matched. If 33 points are matched then such a pairing is considered to be best thus ensuring a happy and successful life ahead.

The following are the eight factors that come under Vedic astrology in the Ashta Koota matching:-

It symbolizes the power of an individual to influence another involved in a relationship. The compatibility under this category is 2 where both individuals are from the same category.

Under this, there are four Jatis or Varnas, starting Brahmana, Kshatriya, Vaishya, and Shudra. To score good compatibility it is essential for matching each other varna. Other than that, marriage compatibility is said to be unsuitable.

It is dependent on the birth star of both the boy and the girl. Here, the girl’s birth star is counted from the birth star of the boy, and the number obtained is divided by nine. By following the same concept, the Janam nakshatra of the boy to that of the girl is counted. In the end, if the remainder that is obtained through both of them is even then the score of the compatibility is said to be 3 and zero. On the other hand, if it is odd or 1.5 points then one of them would be even or odd.

Under this, the sexual compatibility of both the involved individuals is figured out if it is compatible or not. There are 14 classifications of animals under this where if both the party belong to the same category hen the point scored is 4 and if the category is that of the enemy then the point would be zero. In the case of friendly animals, the score will be 3 and the neutral animal’s category will be given 2 points in the case of the category is that of an associated animal then the score will be as mere as 1.

This is for measuring the temperament of both the bride as well as groom where there are three ganas namely Manav, rakshas, and gods. In case both are of the same category then 8 points are awarded in the case of Manav or rakshas no points are awarded and for the rest of the neutral category, only 1 point is awarded.

Under this, genetic compatibility is ensured to foresee a future with healthy kids. Here, the three Nadis are pitta, kappa, and Vata. Here, if both the partner are from different categories then the points awarded will be 8 whereas in the case of the same category no point will be awarded.

Here, the calculation is entirely based on the position of the moon in the horoscope where the main purpose is to check the compatibility of both the involved partners besides the love compatibility.

If you still have confusion about your marriage compatibility with your partner, You can Chat With Expert Astrologers on Astrochat and Find solutions and remedies.