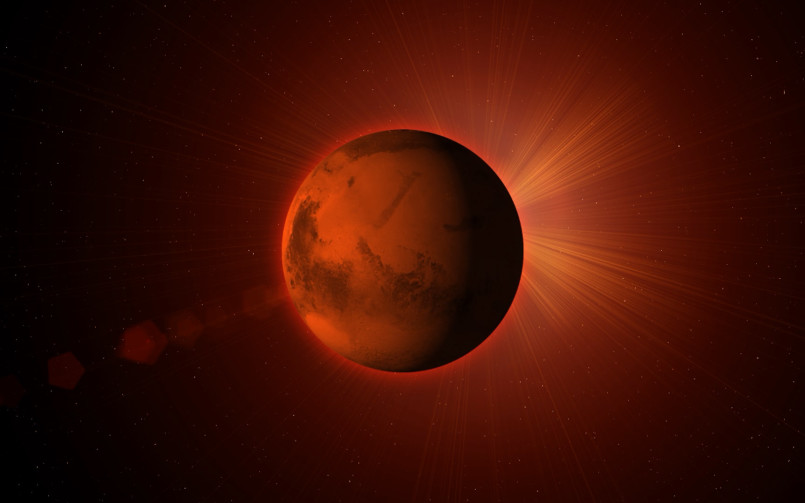 Mars or Mangal defines the confidence and strength in an individual. Mars rules over the blood, bone marrow, and muscle of the individual. It is the planet of energy, passion, separation, assertion, and war. As per Vedic astrology, Mars is known as a cruel planet. It is represented in the red color and defined as the earth’s son. It is believed that if mars are placed in the malefic position in the chart of an individual it can create disharmony in life. This is vital to understand how to make mars strong to avoid the causes of Manglik Dosh. If mars are sitting in the 1st, 7th, 12th, and 4th house of the horoscope then there are bright chances that it causes the Manglik dosh in the horoscope. It is vital to understand mars’ effects and remedies to have a stable life.

What are the Effects of Weak Mars?

The weak mars in horoscope let the individual doubt their decision. It strongly affects the decision-making skills and the person having weak mars have to think about multiple decision for the one issue. However, in the conclusion, the person never finds a final decision.

A weak Mars can lead to weak metabolism of the individual. If the weak mars are placed in the 6th, 12th, and 8th house of the horoscope it can affect the physical health and strength of the person. The stamina and strength of the native can decrease drastically and he may feel a lack of energy as well. As a result of weak metabolism, native might face exhaustion and does not get enough energy to perform physical activities.

Lack of Confidence and Courage:

A wrongly placed mars in the horoscope might lead to a lack of confidence. In addition to his, it also affects the courage of an individual and the person feel hesitation in public. The weak mars also result in a lack of self-esteem.

In addition to all these people with weak mars can also face the emotional mess, delay in marriage, low resistance to diseases and pain, and jealously and arrogance.

What Are the Remedies for Weak Mars?

Marks is a misunderstood planet in astrology. Various people have a different view of mars. However, there is one common issue that is marks is a fighter and warrior who does not come back. Mars energy is known as active energy and it let people decide as per the certain situation at a certain point in their life. Here are few remedies for mars:

The person affected from weak mars should chant hanuman Chalise for at least forty days in the morning and evening. In case one has a busy schedule and can not devote time for the evening then make sure to do it in the morning regularly. Reading hanuman Chalise especially on Tuesday is a powerful remedy for mars. It can improve the positive impacts of the mars and also improves the quality of life. Chanting of Hanuman Chalise gives encouragement and confidence to the persona and also strengthens the decision-making.

To strengthen the mars one should take the bath with the water infused with the Asafetida, Bilwa Chhal, Jatamansi, Malkangani, Maulsari, and Gangajal. Taking the bath with ayurvedic water five times on Tuesday can remove the bad effect of mars and strengthen the positive effects of the planet. To achieve the best position of mars in the horoscope one must follow the remedies regularly.

Furthermore, there are multiple other remedies to strengthen mars in the horoscope. Here is the list of them:

Before following any remedy, it is vital to Chat With astrologer as it is important to know the mars planet is placed in which house and how it is negatively affecting life. If anyone’s mars continue to be weak it can affect the health the life of the person. The person might have to face pain in the body, weakness, the problem with blood pressure, headaches, anger problem, and stress. If the mars are weak it also affects the relationship of a married person and relationship with any opposite sex so it is important to take actions to strengthen the mars.